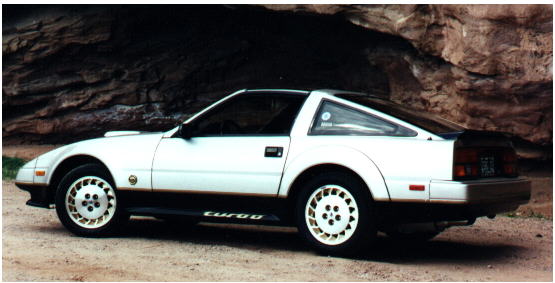 Contributed to the Z Car Home Page by: Ethan Snyder

These Silver and Black
50th Anniversary Edition Z's
have become one of the more
Collectable Z Car Models.


This summary is intended to give you general information about these special edition cars as sold in North America. (as of 25 Oct. 05)


If you presently own one of these fine cars, you may register it at any time by clicking here

The 1984, 50th Anniversary Edition 300zx Turbo came with perhaps the longest list of STANDARD features in automotive history. The only option buyers had was an automatic, or manual transmission.

The Following Features Were On All 50th A.E. 300ZX's:
(Note: The Links Below Are To Full Size JPEG Images Averaging 60K each!)